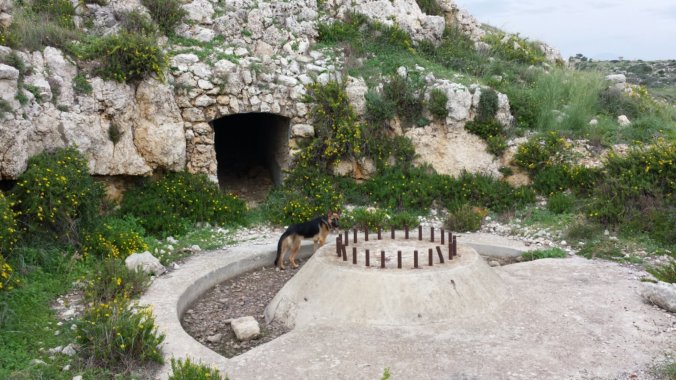 Augusta was and is a military port. Now it hosts submarines and Italian Navy but it was a defensive strategic habour during the II world war. This picture is what remains of the German and Italian Bunkers digged under the coastline to defend the city from the British Navy. When the British Warships came at the horizon however the troups retreated and not a single shot was heard from the cannons which were placed on top of the cast iron and concrete platforms. Unfortunately it was not a sign of defeat and peace. The troups retreated on the mountains as they were well aware of the unbalance overseas. The battle of Primosole bridge was extrenous and bloody for both sides as it lasted for weeks till final defeat. Many young soldiers from Germany Italy and Great Britain came here to rest forever. Today they lay on separate cemeteries not far from each others near the ground of the battle. Here in the picture is a part of what you can still experience of that sad moments. Email for bookings and more info.